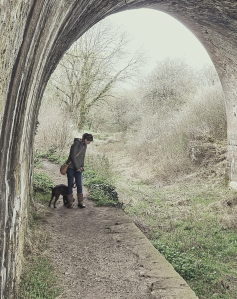 This year, a few prominent feminists have argued against the #MeToo movement. Germaine Greer calls on women to stand up for themselves – “In the old days…we weren’t afraid of him…” (Guardian, 23rd Jan 2018). Camille Paglia has said that treating women as “more vulnerable, virtuous or credible,” is “counterproductive.” (Hollywood Reporter, 27th February 2018).

To a point I agree that these beautiful actresses – alongside many other women with more ordinary lives – don’t help themselves when they denigrate all men; pretend that their skimpy clothing is not sexually provocative; or play the helpless victim.

But, we can’t ignore millions of women who feel that men objectify and use them sexually. What a frightening prospect for parents! Girls treated as trinkets; boys demonised and condemned to undervalue the opposite sex. If some women are – to a degree – complicit in their own objectification, then it is no wonder! Girls are subjected to a barrage of profoundly sexual images of women from the moment they are able to open their eyes. You can buy Little Mermaid socks for your new-born.

Have you ever wondered why Anna and Elsa have such prominent breasts, thick makeup and tiny waists? Have you ever been given the creeps by Pocahontas, with those little tassels dangling off her heaving bosom, pouting innocently at the, much older and stronger, white conqueror? The almost identical appearance of these female Disney characters demonstrates clearly to girls how they ought to look; worse, their gestures and facial expressions are often recognisably sexual. Watch the last 45 seconds of Elsa’s ‘Let it Go’ routine. I have seen three-year-old girls at my daughter’s nursery trying to imitate these moves. Look at the film poster for Cinderella (2015). I used to think it was old-fashioned and obsolete to protest that we should encourage our daughters to have broader horizons than marriage to a fantasy prince. But we seem to have pulled our sparkly stilettos and painful brassieres from the bonfire. We need old-fashioned feminism now!

We cannot feign surprise that teenage girls and young women find themselves objectified in the street, at work and at home: our daughters begin idolising bug-eyed, hourglass-shaped, bits of skirt from the minute they can watch TV, or study the sparkly Disney hairbands arranged at child’s eye-level in the supermarket. That’s before they encounter social media…

My six-year-old daughter has been known to wind me up deliberately from time to time. The other day we were in the library; she eschewed the pile of books I chose in favour of a book about fairy-tale characters going to the hairdresser. She read it aloud to me in a badly imitated American accent – picked up from films she’s seen, mostly at school, and from the American movie voices that she and her friends use when they play. (She knows exactly how to rattle me.) When she reached the book’s ‘happy’ end – ‘and so she married the prince etc…’ I did my best to point out the prince’s limitations, (‘Listen kid, that prince is probably stupid, he has never had to work for a living, he doesn’t even have separate teeth, just one solid white block.’) Receiving an indifferent shrug from my daughter, I turned for support to an acquaintance who happened to be sitting nearby with her little girl –

‘I’m sick of princesses,’ I moaned. My acquaintance also shrugged,

‘I guess some girls just go for that stuff.”

Of course they do! Because children want to fit in. But why are there not more parents protesting against the way women are portrayed in children’s entertainment? Disney must be the worst, but sexual images are everywhere – think Wonder Woman or the re-vamped My Little Pony. Argos boasts a glittering array of children’s ‘make-up and beauty toys’ including the lovely ‘Disney Princess Hairdresser Set’. What an inspiration for our young girls!

The latest powerful, and unimaginably rich, man to fall foul of the recent tidal wave of allegations of sexual misconduct is Disney’s John Lasseter, ex-Head of Animation. (Sources alleged he was known for “grabbing, kissing, making comments.” BBC, 9th June, 2018) Lasseter was a senior adviser when Frozen was made. No one could be shocked by the news that the company behind Anna and Elsa relies on a man who, allegedly, places great importance on women’s behinds. He remains in a “consulting role” until the end of the year when he will seek “new creative challenges”.

I am sick of worrying about the influence of all this on my daughter in private. Surely there must be loads of parents out there who want to rescue their sons and daughters from the jaws of Disney. Anyone want to join our one-family boycott?

10 thoughts on “Disney Ate My Daughter…”